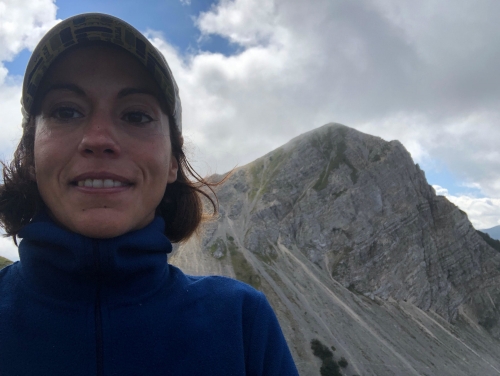 My research focuses on species composition and diversity in response to environmental and human factors, especially in forests and semi-natural grasslands. I am a botanist and as such I mostly study vascular plants, but I have a strong interest in multi-taxonomic analyses.

I have been working on this general topic since my MSc thesis that investigated semi-natural grassland structure and composition in response to topographic and land-use drivers.

During my PhD, I studied old-growth forests starting from an analysis of the terms and concepts referred to late-successional forests. My effort was initially on identifying and locating old-growth forests in Italy. I carried out this work by participating in the coordination of the project “Old-growth forests in Italian National Parks”. Across the resulting network of sites, I analysed the relationships between forest structure, management and plant species and functional diversity.

In the same years, I took part to the project ‘Monitoraggio alla rete dei Boschi Vetusti del PNCVD’ aimed at identifying indicators of forest dynamics. During the fieldwork for this project, I had the chance to publish the occurrence of a new species for the region, identifying a remote population that was recently described as a new species for science. This project also put the basis for the LIFE FAGUS - Forests of the Apennines: good practices to conjugate Use and Sustainability for which I was in the project monitoring team, and that adopted a multi-taxonomic approach.

As a research fellow, in the years 2009-2013, I supervised a PhD project on the diversity patterns of old-growth forest understorey in relation to structural and environmental heterogeneity. In 2010-2012 I participated to a multi-taxonomic research aimed at understanding the effect of wild boar rooting on forest diversity.

I am now leading a COST Action involving 23 countries that is aimed at using forest multi-taxonomic data to define innovative indicators of sustainable forest management (https://www.cost.eu/actions/CA18207/#tabs|Name:overview).

Notwithstanding my interest for forest ecosystems, throughout my career, I kept studying semi-natural grasslands composition and diversity patterns, and from 2012 to 2016, I supervised a PhD project aimed at assessing how grassland diversity patterns have changed during the last decades in response to environmental and management drivers. Now I am supervising a PhD project that keeps investigating this topic but with a close look at grazing management and plant functional traits.

My research on biodiversity was always carried out within the framework of the Habitat Directive (43/92/EC): I participated to the National and Regional Interpretation Manuals of Annex I Habitats, to a publication devoted to grassland habitats, and to a book chapter on this topic.

More info and updates at www.plantsdontlie.com