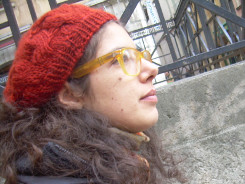 Interessi di Ricerca (Inglese):
My main research interest is directed to the need Kant attributes to the pure practical reason of being actual in the world. Thus, it focuses on Kant’s anthropology, philosophy of history, as well as on the relationship between moral and theoretical philosophy. I analyze the link between moral and natural teleology as drawn by Kant in the Critique of the teleological power of Judgment, and in the Appendix, by investigating the notions of freedom, Endzweck, Kultur, highest Good, ethico-teleology, and their connection with the reflection of the power of Judgment on Naturzwecke. The research aims at showing the role played by Morals in reconciling nature and freedom. Research interests: Moral philosophy, philosophy of history, history of early modern philosophy.
Curriculum:
B
email:
silvia.petronzio@uniroma1.it
Elenco Tutor:
Prof. Filippo Gonnelli
Prof. Francesco Saverio Trincia
Prof. Massimo Bianchi