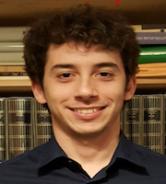 Interessi di Ricerca (Inglese):
In the next three years I will develop a theme that I just sketched out in my graduation thesis, which concerned the two different interpretations of Pascal’s Pensées given by Voltaire and David Renaud Boullier (1699-1759), a protestant minister of Utrecht. My courrent research wants to analyze, for the first time in an exhaustive way, the writings composed in the XVIII century against Voltaire’s Anti-Pascal, that can be considered a project aiming at destroy the pessimistic vision of life of Pascal. In doing so, I will focus on Boullier's works, in particular on his Défense de Pascal, which reveal a wise and unjustly forgotten author.
Pubblicazioni: