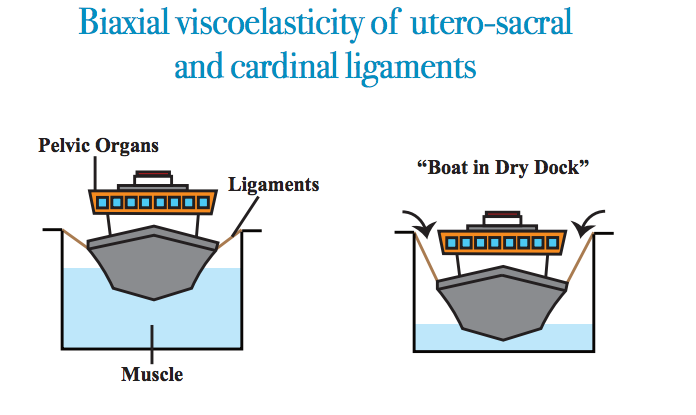 Pelvic floor disorders such as urinary incontinence, fecal incontinence, and pelvic
organ prolapse represent a major public health concern in the United States
affecting one third of adult women. These disorders are determined by structural
and mechanical alterations of the pelvic organs, their supporting muscles
and connective tissues that occur mainly during pregnancy, vaginal delivery,
and aging. In this talk, I will present the experimental and theoretical research
that is currently being conducted in my lab to characterize the biaxial nonlinear
viscoelastic properties of the utero-sacral ligaments and cardinal ligaments, two
major ligaments supporting the uterus/cervix/vagina complex. Our findings can
potentially transform current surgical reconstruction methods and postoperative
rehabilitation protocols for pelvic floor disorders.

Biographical notes
Raffaella De Vita is an associate professor in the Department of Biomedical Engineering
and Mechanics at Virginia Tech. She received her laurea in mathematics
from Seconda Universita degli Studi di Napoli, Italy, in 2000 and her M.S.
and Ph.D. from University of Pittsburgh in 2003 and 2005, respectively. She is
the recipient of the American Society of Biomechanics President’s Award, NSF
CAREER award, and 2012 PECASE award. Her research focuses on determining
the relationship between the mechanical behavior and complex structure of biological
systems, using approaches that combine physically sound theoretical
models with novel experimental methods.