WHO DEVELOPED THE SO CALLED TIMOSHENKO BEAM THEORY? 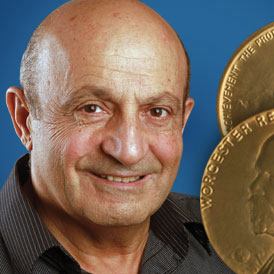 Sala Riunioni DISG Strutture 3° piano, stanza 329, ore 15.00
At the first glance there might be a confusion about the question in the title. One could retort: “Naturally, it was Timoshenko (1878-1972) who developed this theory!” In his 1977 paper Koiter claimed that the Timoshenko beam theory is the illustration of the fact that the theory bearing someone’s name is usually by someone else. Koiter did not know how right he was. Hold your breath: Timoshenko WAS one of the developers of this theory! He had a collaborator, namely Paul Ehrenfest (1880-1933).
How did we find this fact? In defiance of the famous cynical definition by Mark Twain “Classical work is the work that everyone cites but nobody reads,” this author read some papers and autobiographical book by Timoshenko, as well as Archives of Timoshenko and Ehrenfest that are housed at Stanford and Leiden, respectively. In his forthcoming book titled “Timoshenko-Ehrenfest beam and Uflyand-Mindlin plate theories” author shows that this theory ought to be called Timoshenko-Ehrenfest beam theory. Author conducted an ‘archeological’ dig as it were (so customary in Roma eterna), to illuminate, as the ancient saying states that “truth sprouts from the earth.”