The Center for Research in Neurobiology (CRiN) entitled to the Nobel laureate Daniel Bovet has been founded in 2005 by an interdisciplinary group of established neuroscientists operating at Sapienza University of Rome. To date, CRiN represents one of the most important scientific community in the field of Neuroscience in the capital.

Aim of the Center is to promote the development of interdisciplinary and coordinated scientific programs, in both basic and applied neuroscience, and the exchange of knowledge among the academic scientific communities and between these and the several public and private centers of research operating in this field. CRiN points also at promoting initiatives of spin-off for the university in the field of mice phenotyping. 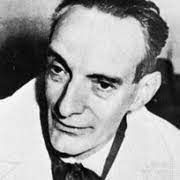 Swiss-born Italian pharmacologist who received the 1957 Nobel Prize for Physiology or Medicine for his discoveries in the field of pharmacologic agents. Bovet studied in Geneva, graduating with a doctorate in science in 1929.
He went to the Pasteur Institute in Paris and became head of the therapeutic chemistry laboratory in 1937. In 1944 Bovet discovered pyrilamine (mepyramine), the first antihistamine, which, in counteracting the effect of histamine, is effective against allergic reactions. In 1947 a search for a synthetic substitute for curare (a muscle relaxant) led to his discovery of gallamine and other muscle relaxants. Among these are derivatives of succinylcholine, whose curare-like action he was the first to recognize. Curare and its synthetic substitutes came into use in conjunction with light anesthesia during surgery to induce muscle relaxation.
In 1947 Bovet was invited to establish a laboratory of chemotherapeutics at the Superior Institute of Health in Rome and took Italian citizenship. In 1964 he became professor of pharmacology at the University of Sassari, Italy. He served as the head of the psychobiology and psychopharmacology laboratory of the National Research Council (Rome) from 1969 until 1971, when he became professor of psychobiology at the University of Rome (1971-82; https://news.uniroma1.it/06032018_1000).