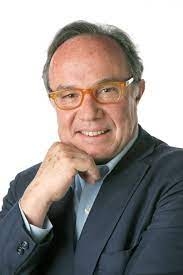 Topic of the Lecture

Glial cells have long been considered as a supporting cast for the neuronal cells. Beginning with Ramon y Cajal’s intricate illustrations over 100 years ago, neurons have commanded center stage.

Magistretti’s work has played a leading role in redefining our understanding of the brain’s systems, and by studying the full spectrum of the brain’s processes his lab has begun to chip away at the mystery of glial function. Magistretti and Pellerin presented the framework of their hypothesis in 1996, and have since then further developed and refined what has become one of the prevailing contemporary viewpoints of neuroenergetics: the Astrocyte-Neuron Lactate Shuttle (ANLS) hypothesis. The hypothesis states that astrocytes respond to intensified neuron activity by increasing their rate of glucose uptake, glycolysis and the release of lactate into the extracellular space.

Budding off their work, receptors modulated by lactate in the brain have been identified and a number of genes implicated in this phenomenon. Interference with the ANLS system has remarkable implications on delicate processes, such as long-term memory and drugs addiction. It suddenly becomes a tool we can use to modulate behaviors.

Magistretti will talk about these findings, their importance for understanding the origin of the signals detected by functional brain imaging, and how they reveal the role played by astrocytes in neuronal plasticity and neuroprotection.

Pierre J. Magistretti is Distinguished Professor at the Division at Biological and Environmental Sciences and Engineering at King Abdullah University of Science and Technology (KAUST, Saudi Arabia). He is also Professor  Emeritus at the Brain Mind Institute at EPFL and at the Departments of Psychiatry at UNIL/CHUV and UNIGE. Since January 2020 he is the Director of KAUST Smart Health Initiative (https://smarthealth.kaust.edu.sa/).
Magistretti's seminal work is bespoken by his over 250 publications in international peer-reviewed journals, as well as by over 70 invitation to give lectures during the past five years.  Recently elected as Foreign Member of the Accademia Nazionale dei Lincei, Magistretti has held leading positions of highly prestigious institutions (International Chair of the Collège de France (Paris), Past-President of the Federation of European Neuroscience Societies (FENS) and Past‐President of the International Brain Research Organization (IBRO). He is currently member of Academia Europae and of the Swiss Academy of Medical Sciences, as well as several academic scientific advisory boards including the Research Council of the Swiss National Science Foundation. Last but not least, Magistretti is the Vice-Chairman of the European Dana Alliance  for the Brain (EDAB) since 2002 and is member of the Dana Alliance for Brain Initiatives (DABI), and in this capacity he is strongly engaged in the public understanding of neuroscience.

The event will be held according to anti-COVID regulations; valid vaccination certificate (green pass) is required in order to access to the room.
Participation is open but seats are limited; reservation is highly recommended by filling the form available at the following link.