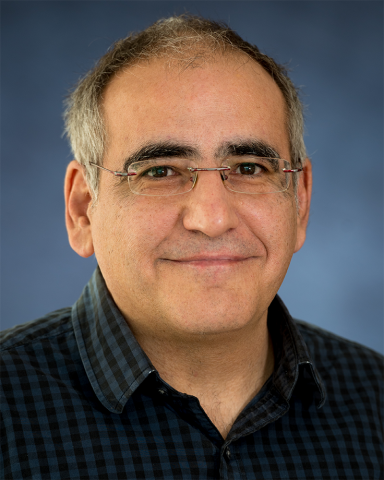 Professor ALFONSO ARAQUE
Department of Neuroscience, University of Minnesota (US)

Topic of the Lecture

The pioneering work of Alfonso Araque’s laboratory has discovered the mechanisms, properties and physiological consequences of the communication between neurons and astrocytes. He conceived the concept of 'tripartite synapse'based on the demonstration of the existence of bidirectional communication between astrocytes and neurons. Consistent with this concept, in addition to the classic 'bipartite' information flow between the pre- and postsynaptic neurons, astrocytes exchange information with the synaptic neuronal elements, responding to synaptic activity and, in turn, regulating synaptic transmission.

Araque’s work has played a leading role in redefining our understanding of the brain’s systems. Current thinking about how the brain operates at a cellular level rests on a foundation established over a century ago by the great Spanish neuroanatomist and Nobel Prize winner, Ramon ý Cajal, who conceived the Neuron Doctrine.
Astrocytes lack any of the tell-tale attributes of neurons (dendrites, synapses, or axons) and have traditionally been regarded as supportive cells for neurons, without a direct role in brain information processing. The possibility that they could contribute to information processing and cognition was well beyond traditional thinking for the longest time.
Alfonso Araque discovered fundamental physiological properties of astrocytes that reveal how these cells respond to and control neuronal activity, how they modulate synaptic transmission and plasticity, and how they are involved in neural network function. His seminal work is particularly relevant for the understanding of the role of astrocytes in physiological and pathological aspects of synaptic physiology and brain function.

Araque and his team are currently focused on elucidating the involvement of astrocytes in behaviors associated with reward signaling and psychostimulant drugs, which may place astrocytes among the potential targets for treatment of motivation disorders and drug addiction.

Araque obtained his Ph.D. in 1993 in Biological Sciences at Complutense University and Cajal Institute in Madrid, Spain, and did his postdoctoral research with Dr. Phil Haydon at the Iowa State University (Ames, USA), where he discovered the first properties of astrocyte-neuron communication. In 2001 he established his independent laboratory at the Cajal Institute in Madrid, Spain, where he continued to study the properties and mechanisms of the reciprocal communication between neurons and astrocytes.

He has been Vice-President of the Spanish Society for Neuroscience and is President of the Spanish Glial Network, as well as editorial board member of several top profile science journals, such as eNeuro, Glia, Cell Calcium, and Neuroscience. He has authored more than sixty publications in the fields of synaptic physiology and glial cell biology, and has been invited to give more than seventy lectures at international universities and research centers.

His research interests focus in studying the properties and physiological consequences of the communication between neurons and astrocytes, aiming to understand its role in physiological and pathological aspects of brain function.