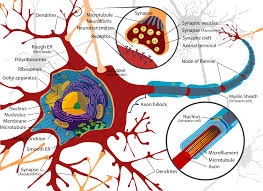 The recurrent inhibitory loop between Renshaw cells andmotoneurones was the first functional circuit described in the nervous system, yet its precise role in motor control has remained elusive. Previous theoretical studies have yielded inconsistent conclusions but were limited by not accounting forthe properties of individual synaptic connections. Our past and recent work has provided the first estimates of the connectivity and strength of synapses between motoneurons and Renshaw cells. We have shown that a single spike in a Renshaw cell can silence the motoneuron and that a single motoneuron can evoke spikes in a Renshaw cell. Furthermore, we have provided the first evidence of direct synaptic connectivity between motoneurons, proving the existence of a recurrent excitatory loop acting in parallel with the recurrent inhibitory feedback. Ongoing work is aimed at establishing the rules of connectivity among motoneurons of different type (Fast and Slow) and innervating different muscles (flexors and extensors), using a combination of optogenetics and trans-synaptic viral tracing.