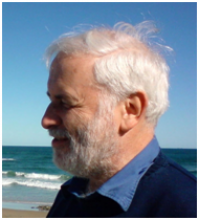 Trained as a child neurologist, Enrico Cherubini is an internationally recognized expert in synaptic transmission and activity-dependent synaptic plasticity processes during postnatal development. Over the years, he provided a series of fundamental studies aimed at understanding the functional role of GABAergic signaling in the hippocampus at early developmental stages in both physiological and pathological conditions. In 1968, after obtaining his Medical degree from the University of Rome La Sapienza, he spent few months in Dublin working with autistic children at Trinity College under the supervision of Prof. Ingo Fisher.  In 1970 he was awarded a scholarship from the Ministry of Science to work at the Institute of Child Neurology, University of Rome. In 1971, he obtained a fellowship to work in the Service d’Exploration Fonctionelle du Systeme Nerveux (Marseille) directed by Prof. H. Gastaut, a leading figure in the field of Epilepsy. Back to Rome in 1972, he contributed to build up the Clinical Neurophysiology Unit at the Institute of Child Neurology, working with young epileptic patients and conducting research in the field of Epilepsy. In 1976-78 as a Post Doc at UCLA he characterized, under the supervision of Dr. NA Buchwald, the functional connections of basal ganglia in developing kittens using electrophysiological recordings from single neurons in vivo. In 1979-80 he was Assistant Professor at the Institute of Child Neurology, University of Rome. Soon he realized that it was impossible to share the time between clinical and basic research. Thus, he took the opportunity of joining in December 1981 RA North's lab at MIT (Cambridge, USA) that represented an ideal environment to gain more expertise on synaptic signalling using an in vitro preparation. In 1984, he obtained the position of “Directeur de Recherche” at INSERM in Paris. Here, he set up an in vitro electrophysiology laboratory devoted to the study of the hippocampus at early developmental stages. In 1991, he came back to Italy as full Professor in Physiology at the International School for Advanced Studies (SISSA) in Trieste, (a School of excellence devoted to the studies of Mathematics and Physics), where he contributed to build up the Department of Neurosciences. This was a challenging task  since SISSA, with the intellectual proximity of physicists and mathematicians, represented an ideal environment for developing new synergies that allow investigating the nervous system from different perspectives. The initial group has expanded to comprise in recent years more than 100  people (academic staff, PhD students, Post docs, visitors, technicians) devoted to new, highly promising and dynamic fields of Research in Neurobiology and in Cognitive Neurosciences. From 2002 to 2013 he was Head of the Neurobiology Dept. at SISSA. The research carried out within the Neuroscience Dept. was at the International forefront including studies from single molecules to integrated systems, using  a variety of different approaches. When he retired from SISSA in 2013, he was appointed Scientific Director of the European Brain Research Institute, funded by the Nobel Laureate Rita Levi-Montalcini in Rome. In the course of the last decade, his studies have been focused on Autism Spectrum Disorders working on several animal models: NL3R451C knock-in, NL3 knock-out and BTBR T+tf/J mice. He published several research and review articles in the field with high citations rate. In July 2014, he organized an International symposium in Pavia (Italy), satellite of the FENS meeting in Milan, entitled "Synapses as therapeutic targets for autism spectrum disorders” in which world experts in the field (basic scientists and clinicians) highlighted how animal models of ASDs have greatly advanced our understanding of the molecular pathways involved in synaptic dysfunction sometimes leading to "synaptic clinical trials" in children. In 2014, EBRI was awarded the Flagship Human Brain Project “Neuroantibodies” whose aim is to use the Intracellular Antibody Capture Technology to develop intracellular antibodies (intrabodies) against synaptic proteins of neuroligin/neurexin families in order to validate their function after their silencing. Editorial activity: 2002-2009:       Editor of The Journal of Physiology (London). In 2006, he edited with  Dr. Gustincich a special issue on “The mammalian transcriptome and brain complexity” (J Physiol 575.2).2009-present:  Associate Editor of Frontiers in Cellular Neuroscience. He edited two special topic e-books: “Building up the inhibitory synapses” and  “The CA3 region of the hippocampus: how is it? What is it for? How does it do it? In collaboration  with R Miles (Paris)IBRO Schools and Courses1993, 1995, 1996, 2001     Montevideo, Uruguay2002                                      Wroclaw, Poland2005                                      Ho-Chi Min City, Vietnam2005                                      Belgrade, Serbia2008                                      Nagpur, India2010                                     FENS –IBRO-Hertie Winter School, Obergugl, Austria2016                                      Tehran, IranHe supervised more than 30 PhD students and 40 Postdocs. Some of them have obtained leading academic positions in Europe, Canada and USA. He published over 250 peer-reviewed papers in high profile journals, including Nature, Nature Commun, PNAS, EMBO J, J Neurosci, JBC, J Physiol, TINS, etc. The paper on"Giant synaptic potentials in immature rat CA3 hippocampal neurones. J Physiol  416:303-225, 1989, has been highlighted as Classical Perspectives article by NC Spitzer in J Physiol 588:757-758, 2010 as one of the more cited article in the last 60 years (more than 1000 citations). Total number of citations: 11093; h-index: 51 (Google Scholar).