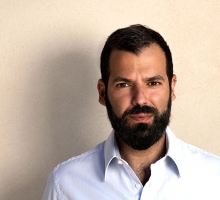 Eugenio Barone, is Associate Professor of Biochemistry at Sapienza University of Rome (IT). He graduated in Pharmaceutical Chemistry and Technology in 2006 and got a PhD in Neuroscience in 2011. The overarching goal of his laboratory is to clarify the link beteween defects of neurotrophic signaling (insulin and GLP1) and increased cell oxidative damage during ageing and neurodegeneration. He discovered the oxidative-induced impairment of biliverdin reductase-A (BVR-A)  protein as an early event accelerating brain insulin resistance development. Indeed, BVR-A impairment is antecedent to canonical pathways driving insulin resistance, thus becoming of interest either as biomarker or as pharmacological target. Eugenio authored 71 publications, most of wich dealing with the role of oxidative stress in neurodegenerative disorders, i.e., Alzheimer disease and Down syndrome. He was recipient of prestigious grants from the Alzheimer Association (2020-23), Jerome Lejaune Foundation (2019-21), European Commission (2014-16) and Italian Ministry of Research (2015-18), among the others. Eugenio was one of the firsts two repients of the SFRBM fellowship Awards (2010) and recipient of many international awards including those from:  SFRBM (2015 and 2016), EPHAR (2013), AAIC (2017) and T21RS (2017).  Currently, his research group is interested the role of neurotrophic factors. Dysfunction of neurotrophic signaling in the brain is a common pathophysiological mechanism leading to cognitive decline in a number of conditions including ageing, neurodegenerative disorders (i.e., AD), genetic disorders (i.e., DS) and metabolic diseases (obesity and type 2diabetes mellitus, T2DM). Insulin and GLP1 signalling act as key regulators for gene expression and cellular metabolism, both events sustaining neuronal activity and synaptic plasticity mechanisms. These neurotrophic signaling also control oxidative metabolism via mitochondrial dynamics, thus protecting neurons against oxidative damage. Actions of insulin and GLP1 in the brains of healthy individuals include central modulation of body metabolism and enhancement or regulation of memory and learning functions.  Alterations of brain insulin signalling are early pathogenic events associated with the development of neurodegenerative disorders, while GLP1 and GLP1 mimetics appear promising candidates in overcoming brain insulin signaling dysfunctions. The overarching goal of Eugenio Barone laboratory is to use multidisciplinary approaches to clarify defects of neurotrophic signaling during ageing and neurodegeneration.