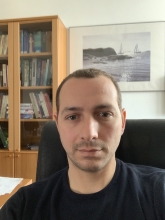 My research is currently focused on understanding the role of defective metabolism in the development of Alzheimer-like neurodegeneration in order to propose a novel effective therapeutic approach to reduce cognitive decline. Further, in my laboratory we postulate that glucose hypometabolism is strictly associated with the increase of oxidative damage, observed in both Alzheimer and Down syndrome patients, as result of compromised antioxidant response and impaired protein degradative systems. Starting in 2005, I dedicated my research on the studies of oxidative stress role in the development of neurodegenerative disease. Thanks to my experience at University of Kentucky in the laboratory of prof. D. Allan Butterfield I have been involved in the setting of several proteomics approaches, comprising redox proteomics. My following research projects contributed to highlighting the role of increased oxidative stress and of dysfunctional protein degradation systems in the pathogenesis and progression of Alzheimer Disease-like dementia in human samples and transgenic murine models. Indeed, me and my group demonstrated how the oxidative modification of proteins  involved in proteasome and autophagy functionality are relevant in the progression of the neurodegenerative process. Recently, we established a profound link between increased oxidative burden and metabolic defects, postulating that the OS-related early reduction of glucose metabolism exerts a key role in the development of AD- like dementia. The results obtained led to the publication of several articles on peer-reviewed journals and based on them we started to test a number of compounds for the treatment and prevention of cognitive decline in Down syndrome mice.