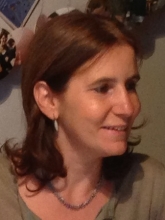 I have a multi-year expertise in the field of mouse behavioral analysis as well as in the development and validation of animal models of human neurological and neuropsychiatric diseases. I have acquired extensive knowledge in several techniques for the study of animal behavior and advanced statistical analysis of behavioral data. Initially I have worked on a model of anxiety and I have studied the social and nutritional influences on the effects of drugs of addiction as alcohol and nicotine and I have also coordinated groups of students in several projects. I was PI on a project on developing a model of cognitive deficits related to schizophrenia. More recently I have been focusing on the study of neurodegenerative disorders like Parkinson’s disease and ALS with particular attention to sex differences. Currently I am also involved in a Telethon project on a model of Myotonic Dystrophy type 1. Since 2003 I have also been heavily involved in large-scale European/World Wide projects and consortia (EUMORPHIA, EUMODIC, PhenoScale, IMPC) on the phenotyping of mouse models of human diseases working in a fruitful and long lasting collaborative effort among several International partners on the set up, standardization and validation of procedures to be used in behavioral test batteries. In our lab we have the availability of a complete set of behavioral assays for the study of motor and cognitive functions as well as emotions and social behaviors using an ethological approach combined with up-to date automated systems.