Using of light for control and analysis of nervous system - Piotr Bregestovski - 06.12.2019 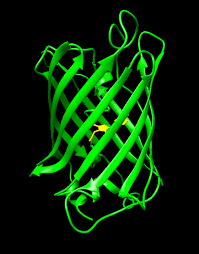 "Using of light for control and analysis of nervous system"

Using of light for control and analysis of nervous system

In recent years, three new areas were developed, which use the light for investigation the functions of cells, to control neuronal activity and neuronal networks, to measure the concentration of ions and other cellular compounds, to control the behaviour of living organisms, as well as to search for new ways to treat certain diseases. These areas are optogenetics, optosensorics, and photopharmacology.

My talk will be devoted to presenting of our studies using two directions:  optosensorics, and photopharmacology.

Optosensorics - using of specific genetically encoded biosensors for non-invasive analysis of intracellular, concentration of ions and other cytoplasmic components. These fluorescent molecules can be used either by transient expression in cultured cells or in entire organisms or through stable expression by producing transgenic animals characterized by genetically encoded and heritable biosensors. Using the mouse Thy1 mini-promoter, a line of transgenic mice expressing a genetically encoded sensor for the simultaneous measurements of intracellular Cl− and pH was produced. This construct, called ClopHensor, consists of a H+- and Cl−-sensitive variant of the enhanced green fluorescent protein (E2GFP) fused with a red fluorescent protein (DsRedm). Stimulation of hippocampal Schaffer collaterals proved that the sensor is functionally active. To reveal the expression pattern of ClopHensor across the brain of Thy1::ClopHensormice, we obtained transparent brain samples using the CLARITY method and imaged them with confocal and light-sheet microscopy. This analysis provides a map of the brain areas suitable for non-invasive monitoring of intracellular Cl−/pH in normal and pathological conditions.

Photopharmacology is based on the ability of certain molecules (azobenzenes, spiropiranes, diarylethenes) to change their conformation upon illumination with the light of a specific wavelength. Photochromic molecules represent unique tools for spatially and temporally precise control of numerous biological processes, including activity of ion channels.

We have developed several new light-controlled compounds capable to modulate function of inhibitory GABA and glycine Cys-loop receptors. Patch-clamp analysis showed that one of the compounds, Azo-NZ1, in trans-conformation blocks heteromeric GABAA and homomeric rho2 GABAC receptors, as well as glycine receptors formed by alpha2 subunits. Switching the compound into cis-state by UV-illumination abolished the blocking effect of the photochrome. Site directed mutagenesis and molecular modelling approaches demonstrate that in trans-conformation Azo-NZ1 blocks Cl-selective ion pore interacting mainly with the 2' level of the TM2 region. Recording on brain slices showed that Azo-NZ1 modulates in a light-controlled manner synaptic GABAergic currents in hippocampal and dentate gyrus neurons.

In the talk will be described also the other photochromic compounds, which offers new opportunities to study and modulate neurotransmission mediated by inhibitory Cys-loop receptors.